Do I need a second set for baking?

You can use the same cast iron cookware for baking as you do for cooking. Some will tell you to have a separate set for each cooking style so as not to cross-contaminate flavors. In my opinion, as long as your cleaning them well in-between dishes, there’s really no reason for this. However, if you make a cake and are sure that it tastes like the ham you cooked last night, go ahead and get a second set for baking only.

What do the numbers on the skillets and other cast iron pieces mean?

The two most well-known skillets are the 10″ skillet and the 12″ skillet. These skillets have the numbers listed on the handles or the bottom of the pan. The number references the approximate diameter of the skillet. The standard number 10 skillet also tends to have higher sides which make shallow frying or risotto recipes a breeze.

Part of the beauty of cast iron is how versatile it is. If a recipe is written for a number 10 skillet, you can still cook it in a number 12 skillet. You will, however, have to adjust the cooking time. More surface area means less cook time. Shorter sides as typically seen on the number 12 skillet are not ideal for frying chicken.

Do I need to season my new pan?

This will depend a lot on the brand. Lodge, for example, comes pre-seasoned and ready to go. Most will if purchasing brand-new. If you’re purchasing used at a yard sale or on Craigslist, etc. you may need to strip and reseason. It sounds scary but it’s actually quite easy. You can find directions here.

Be sure to check the labels and boxes of your purchased cast iron, but if it’s new and pre-seasoned, just give it a quick wash and go to town cooking something high in fat – like the bacon-wrapped carrots in our e-magazine!

How do I stop the splatter when I cook?

Why is food sticking in my cast iron?

Overheating and heating too quickly. One of the biggest causes of food sticking in cast iron is heat. While cast iron is very good about taking on brutal temperatures and holding heat, it still needs to be pre-heated. Most of us are used to our non-stick skillets and stainless steel heating up quickly. With cast iron, you need to go low and slow. Give the cookware enough time to heat evenly throughout the pan. My favorite way to test that is with this infra-red thermometer. Test multiple spots on your pan before cooking in it. Ignore the urge to crank up the heat to 8 at the start to get the pan hot.

Not seasoned appropriately. This one could be a care issue, or it could simply be you haven’t used it enough. Cast iron gets better with time. The more you cook in it the smoother the inside will become. Keep using your cast iron with a good amount of fat, clean it well with another layer of fat when done, and you’ll be on your way to a well-seasoned pan that you can flip eggs in. 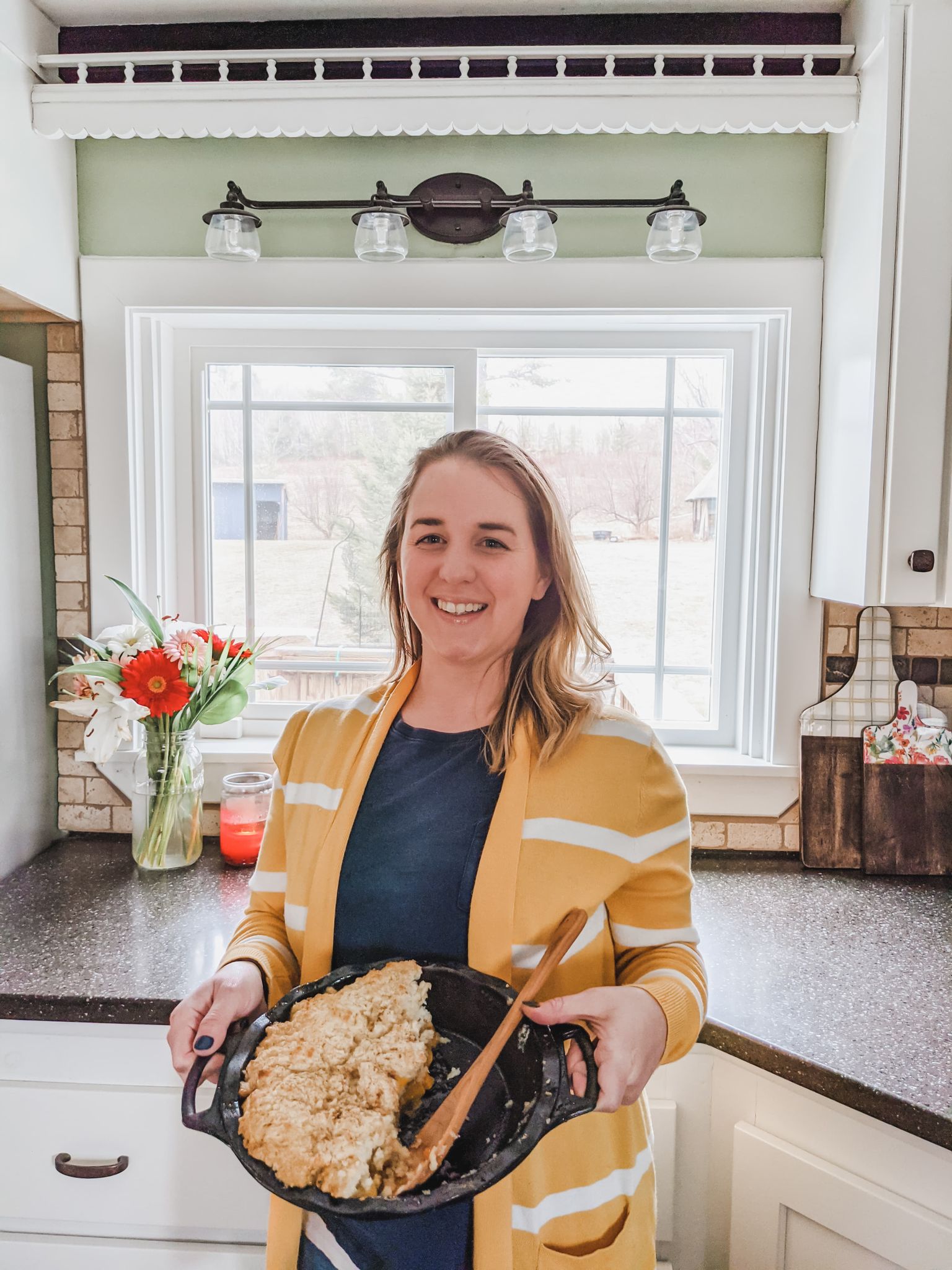