Warm and sweet, these Pumpkin Spice Cinnamon Rolls topped with maple cream cheese frosting taste just like a pumpkin cheesecake and your favorite pumpkin spice latte. With pure pumpkin puree mixed into the dough batter, you’ll get a taste of the fall pumpkin flavors in every bite.

It’s officially fall and officially October. Therefore, it’s the appropriate time to start Pumpkin Spice season! I know there are likely plenty of you that jumped on the pumpkin spice train back in August when places like Target and Starbucks put those money-making drinks back on the shelf. But there was a whole group of us who, as much as we love fall, who were still clinging onto summer – no matter what our home decor looked like.

Opening day for hunting season starts tomorrow for us and the cooler weather that has started last week meant it’s time for two things: the woodstove and cinnamon rolls. And with hunting season starting tomorrow, my days of sleeping in and having coffee and omelets delivered to me in bed are officially behind us. Unless I can train the kids in a day – but it’s not likely.

I’ll be honest, I’m not a morning person – At. All. So as much as my husband brings me breakfast and allows me wake time out of the goodness of his heart, it’s also for the safety and sanity of everyone else. Ha! So prepping for tomorrow morning and working ahead of time with pumpkin spice cinnamon rolls is going to be the saving grace for this family. Everyone loves them! So not only do I not have to do as much work, but also will not need to get each child their own thing for breakfast. Everyone will have cinnamon rolls, momma will have coffee, and everyone will be happy.

While of course, the pumpkin spice in this recipe is the star of the show, the maple syrup is such a close second. You know I am always looking for ways to make these recipes more homemade, homegrown, and a bit healthier for the family – so I had to include some local Maine Maple Syrup.

This syrup was gathered from our neighbor’s trees. True maple syrup gathers the sap from Maple trees, and is boiled down into a thick, brown consistency. It’s naturally sweet and contains just the one ingredient. That’s compared to pancake syrup you find at the store filled with corn syrup and artificial flavorings and dyes. When working with pure maple syrup, you also need less as it is more concentrated in sweetness and flavor. A little goes a long way.

How to Make Pumpkin Spice Cinnamon Rolls from Scratch (with video!)

Step 1: Start as normal with activating the yeast, but using maple syrup instead of honey. For tips and tricks working with yeast check out this post.

Step 2: Add the liquid ingredients, including the pumpkin puree (not pumpkin pie filling) to the stand mixer.

Step 3: Add the dry ingredients of flour and spices. Cover and allow to rise.

Step 4: While the dough is rising, lightly flour a surface and prep the pumpkin spice filling.

Step 5: Roll the dough out into a 10×15 inch rectangle. Spread the filling evenly, roll tight, and cut into rounds.

Step 6: Rise in a 12-inch skillet and bake. While the cinnamon rolls are baking, prepare the Maple Cream Cheese Icing.

Making Cinnamon Rolls Ahead of Time

While making cinnamon rolls can be quite time-consuming, I have a few tricks to help you prepare the night before.

After filling your dough with the cinnamon roll flavors and forming the cinnamon buns, you’ll place them in the 12-inch skillet and cover them with lightly greased plastic wrap. Pop the skillet into the refrigerator immediately, not allowing the second rise. They can sit in the refrigerator for up to 24 hours. Just keep in mind that the longer they sit, the more the filling could seep out from the bottom.

In the morning, remove the skillet from the refrigerator and allow it to come to room temperature, keeping the plastic wrap on. At this point, I will typically preheat my oven and place the skillet on top of the stove to gradually warm up with the radiant heat. Depending on the warmth of your wood stove, you could also set the skillet near or on the woodstove to assist in the warm-up and proofing. You’ll want to allow those cinnamon rolls to double in size, filling the skillet as usual before popping into the oven.

If you don’t want to risk the filling seeping out of your dough and have a little extra time in the morning, you can also refrigerate the dough itself after the first rise. To do this, allow the dough to rise, lightly flour the surface of a counter, and work slightly. Return to the greased bowl and cover with plastic wrap, and pop into the refrigerator. In the morning bring it back to the counter and roll out, continuing as normal.

Can you Freeze Cinnamon Rolls?

Can you Freeze Cinnamon Roll Dough?

Yes. To do this, allow the dough the initial rise. Remove from the bowl and form into a tight ball on a lightly floured surface. Place onto a parchment-lined sheet pan and freeze for about an hour. Remove from the freezer and wrap tightly in plastic wrap, pop into a Ziploc bag, and back into the freezer for up to one month. When ready to thaw, remove from the Ziploc bag and place in the refrigerator the night before. In the morning bring to room temperature and continue as normal, rolling out, filling, and completing a second rise before baking. Note that initiating the rise from frozen could take up to twice as long as normal.

Other Tips for Prepping the Night Before

Make your filling and store in a mason jar within the refrigerator.
Make the topping glaze and store in the same manner. 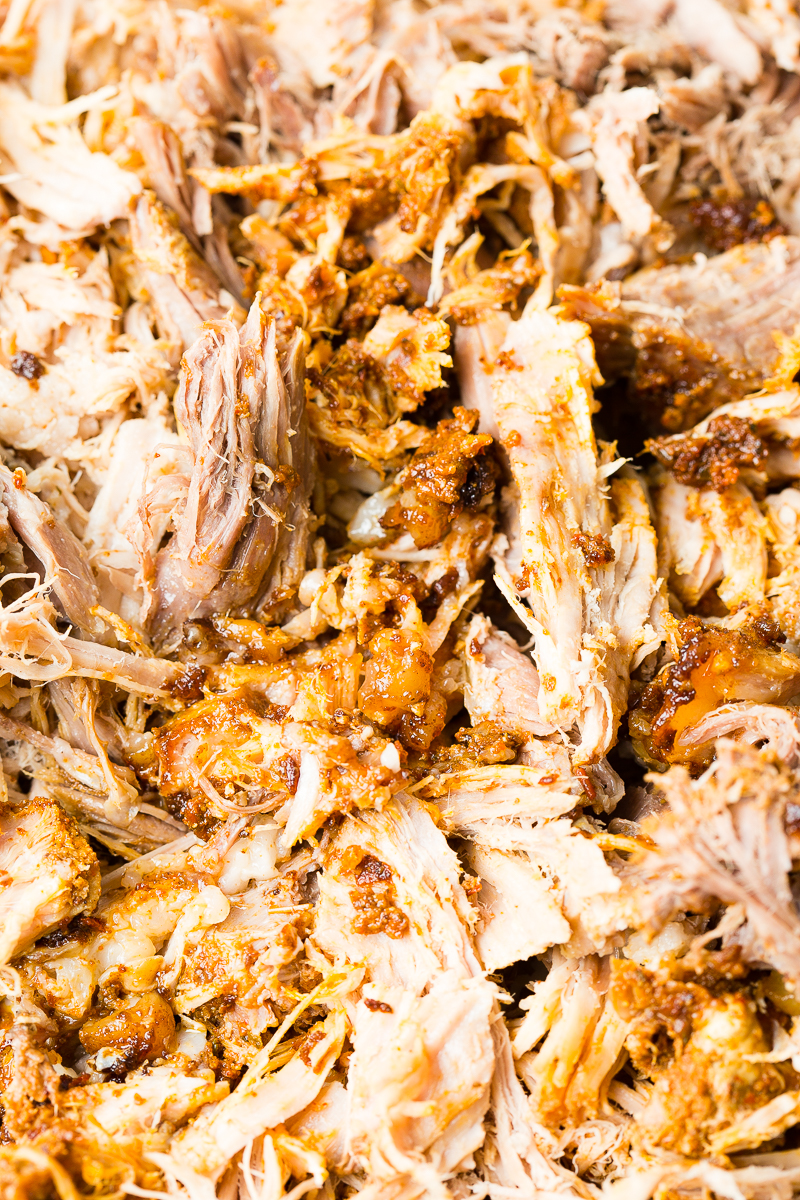 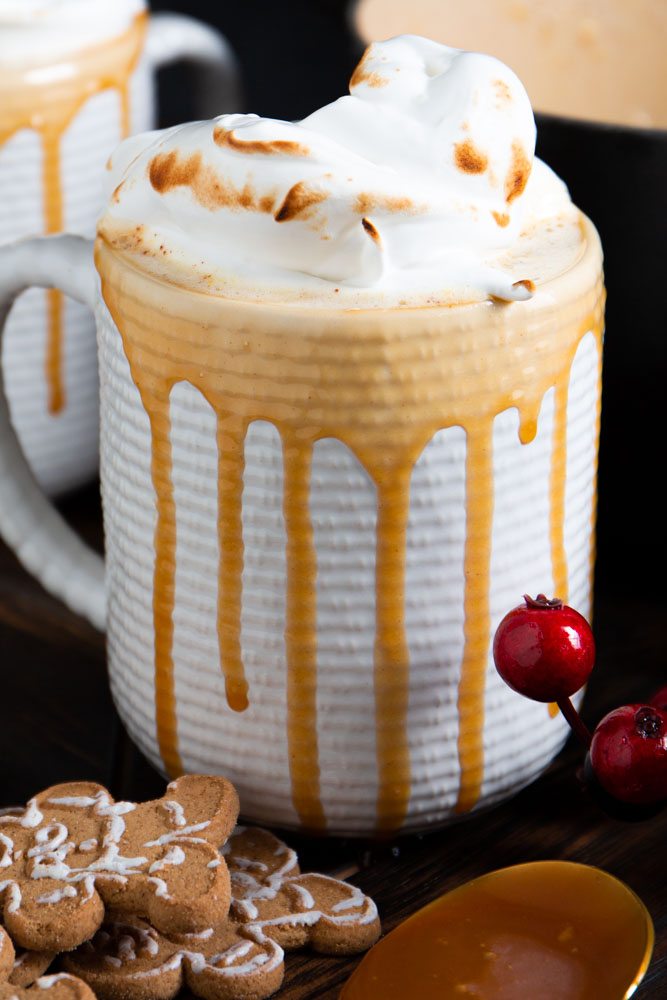 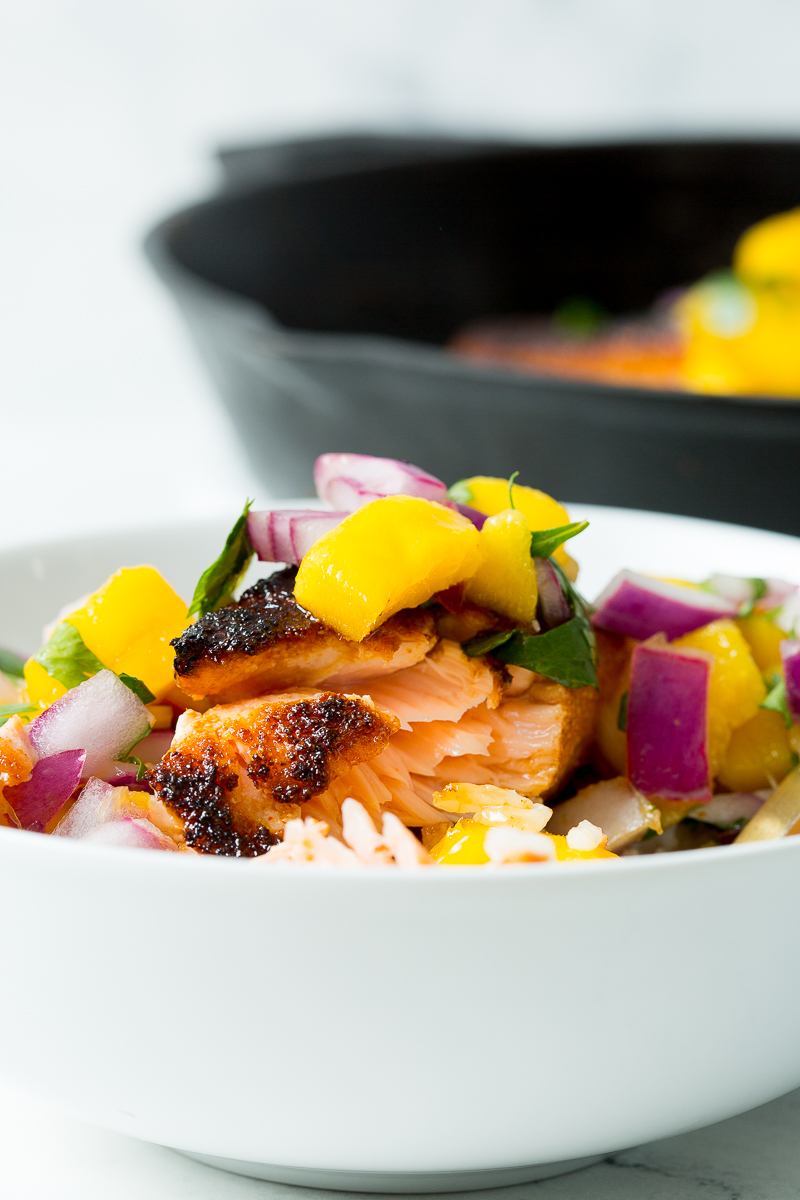 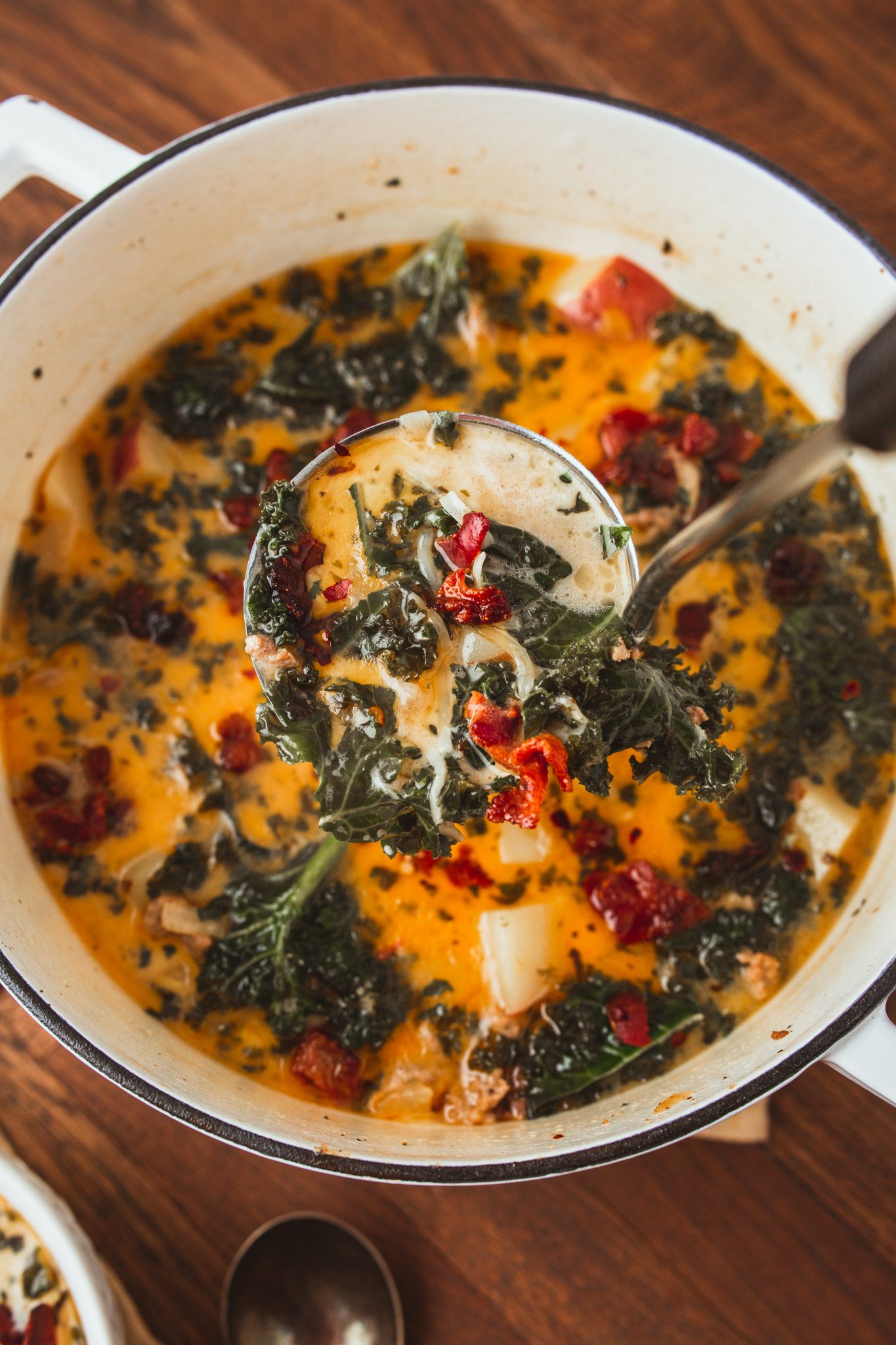 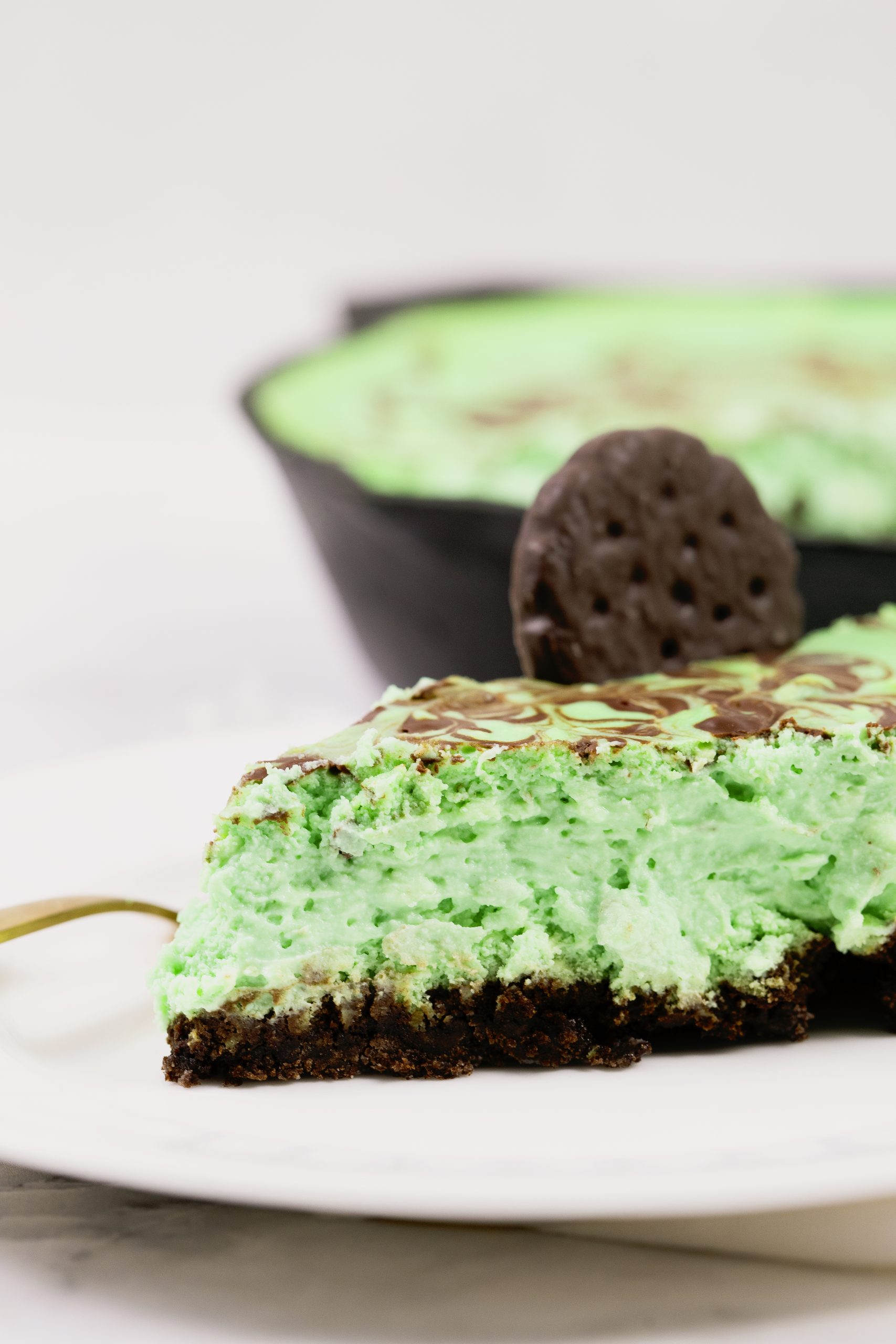